BIRTH OF THE NEW WINERY

2019 has been mainly spent building our new winemaking facilities in the center of Faugères.
From now on, our wines will be gathered in this highly historical place.

Close to the Temple, the winery has been built on the historic site of the former Château de Faugères.

This castle, with remnants dating back to the 11th century, belonged to the Barons du Bas-Languedoc, their crest “Sable on pairle of lozenge argent and gules”, whose importance came from their geographical location as “Gatekeepers of the Mountain”. In the early centuries, a Roman way linking Pézeas to the Rouergue region passed through the Pétafy pass and the Cami Farrat way in Faugères, a military post, a lodge and a toll office for merchandise going to the sea and coming from the mountain.
This barony, whose most prominent lord was the Huguenot Captain Claude de Narbonne-Caylus, disappeared progressively through weddings, conspiracy and above all else religious wars. A few remnants of this glorious history remain in the ‘tune’, a local word for the small round collapsing, remarkable defense tools of width 150 meters and depth 30 meters.

We elected to build our facilities in this place:

An ageing cellar buried 3 meters underground, in which our old vintages and our oak barrels gain in fullness in an environment of naturally regulated temperature and hygrometry.

The winemaking facility in which Jean-Michel’s historical concrete vats were moved one by one; a winery we wished to be very rational and simple with a few last generation technical upgrades but making space for simple gestures and delicate manipulations. It opens towards the “La Tune” park so that our wines can grow with their mother, Nature.

A project started in 2019, carried out at a brisk pace, that welcomed its first harvest during a night of september the very same year !

Wine creates corridors between times, continents and men.
Walk down this corridor to join us :

2 rue du Vieux Château à Faugères
Our new selling cellar where anyone can come to taste and buy our wines. 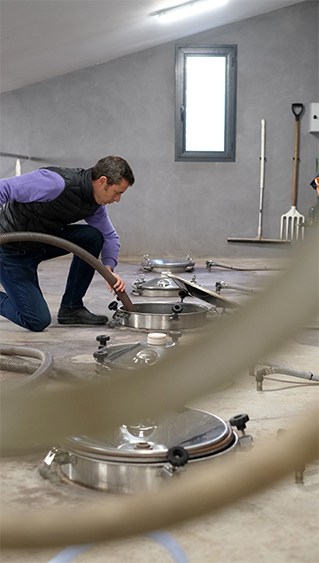 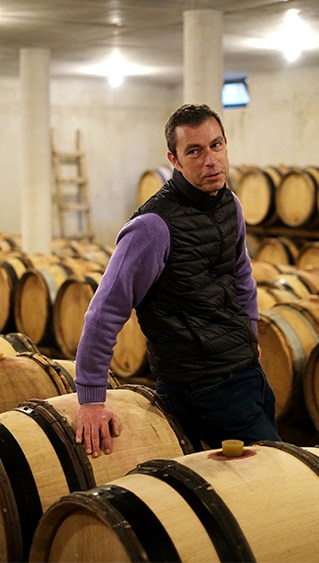 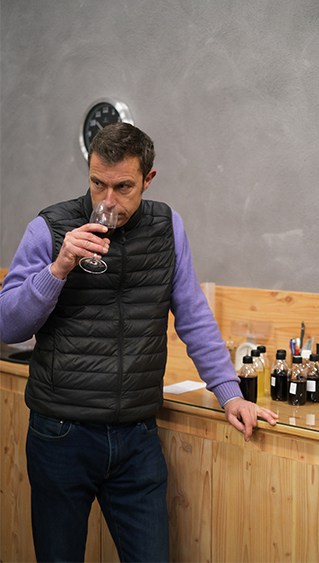